Wu Po Sum (formerly known as Hua Jianming), is an executive Director, the Chairman of the Board and the founder of the Group.

He is also a director of a number of subsidiaries of the Company. Mr. Wu is responsible for the formulation of development strategies, making decisions on investment projects and development directions of the Group. He graduated from Zhengzhou University majoring in English in 1979 and completed the CEO Program for China in China Europe International Business School on 27 March 2005. Mr. Wu is the father of Ms. Wu Wallis, a non-executive Director.

Mr. Wu has over 20 years of experience in real estate development and investment. He started his career with China Textile Import and Export Corporation Henan Branch in 1979. From 1982 to 1985, Mr. Wu was sent by the Department of Foreign Trade of Henan Province to work in Hong Kong. From 1985 to 1986, he was the assistant general manager of Central China International Economic Trade Company Limited (“CCIET”). From 1986 to 1988, Mr. Wu worked as the president and the general manager in Guoguang Industrial Company Limited, a subsidiary of CCIET. From 1988 to 1991, Mr. Wu served as the assistant general manager and the general manager in Central China International (Group) Limited and Central China Overseas Development Company Limited, respectively. He then entered the PRC real estate market in May 1992, when he laid the foundation for the Group and established the「建業」(Jianye) brand name.

Mr. Wu is also active in community services. He was elected as the member of Nation Committee of the Chinese People's Political Consultative Conference (CPPCC) and “Henan Top 10 Outstanding Philanthropists” in 2003. In 2004, he was awarded "Outstanding Developer of Socialism with Chinese Characteristics Business". In 2005, Mr. Wu was honored as one of the “Most Influential People of China Property Market in Fifteen Years" and "Henan’s Most Respected Entrepreneurs". In 2006, Mr. Wu was selected as “2006 China’s Most Influential - Representative of Zhengzhou City”. In 2007, Mr. Wu received the “Yellow River Friendship Award” from the People’s Government of Henan Province. In 2008, he was elected as a delegate to the National People's Congress (NPC). In 2010, he was elected as the fourth rotating chairman in office of China Entrepreneur Club, China's most influential organization for entrepreneurs. In 2011, Mr. Wu established “Benyuan Humanities and Charity Foundation”, a nonpublic fundraising educational charity foundation that promotes the education on humanities in the Chinese community. Apart from these, Mr. Wu is the Vice-Chairman of the Federation of Industry and Commerce of Henan Province and a part-time MBA Professor in Zhengzhou University.

Liu Weixing（刘卫星） aged 58, was appointed as an executive Director with effect from 24 March 2017. 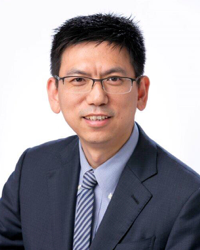 Mr. Wang has over 15 years experience in real estate and capital market. He received his Bachelor's Degree in English from Guangdong University of Foreign Studies and Foreign Trade in 2002 and his MBA from Hong Kong University of Science and Technology in 2011. From 2003 to 2007, Mr. Wang worked as a senior auditor at PricewaterhouseCoopers Zhongtian Accounting Firm. From 2007 to 2011, Mr. Wang served as Investor Relations Manager and Senior Finance Manager of Biluiyuan Holdings Limited. Mr. Wang worked for Morgan Stanley Asia Limited from 2011 to June 2018 as executive director. He joined the company as executive director in August 2018. 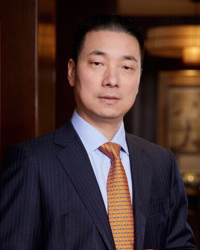 Yuan Xujun (袁旭俊) aged 50, has been appointed as chief executive officer of the Company with effect from 24 March 2017.

Mr. Yuan has over 21 years of experience in finance and management. He obtained a certificate of graduation in finance from Shanghai Motor Technical College in 1986 and a master degree in business administration from Macau University of Science and Technology in 2001. Mr. Yuan held several positions in China Vanke Co., Ltd. (“Vanke”) from 1994 to January 2017 with his last position as general manager and legal representative of the companies under Vanke. He joined the Company in February 2017 as the president of Central China Real Estate Group (China) Company Limited, and the chairman of Henan Zhongyuan Central China City Development Limited*(河南中原建業城市發展有限澳门皇家赌场), a wholly owned subsidiary of the Company. 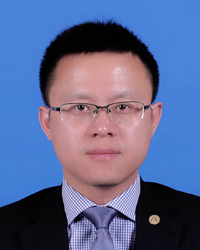 Mr. Hu has over 11 years of experience in management and finance. He graduated from Qingdao Technological University with a major in accounting in 2002 and obtained a master of accounting from Jiangxi University of Finance and Economics in 2006. Mr. Hu held several positions in Vanke from 2006 to February 2017 with his last positions as manager of the companies under Vanke.